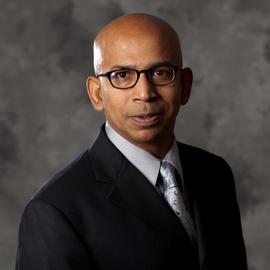 Viktor K. Prasanna (V. K. Prasanna Kumar) is Charles Lee Powell Chair in Engineering and is Professor of Electrical Engineering and Professor of Computer Science at the University of Southern California (USC) and serves as the director of the Center for Energy Informatics (CEI). He is an associate member of the Center for Applied Mathematical Sciences (CAMS). He leads the Integrated Optimizations (IO) efforts at the USC-Chevron Center of Excellence for Research and Academic Training on Interactive Smart Oilfield Technologies (CiSoft) at USC and the demand response optimizations in the LA Smart Grid project. His research interests include High-Performance Computing, Parallel and Distributed Systems, Reconfigurable Computing, Cloud Computing, and Smart Energy Systems. He received his BS in Electronics Engineering from the Bangalore University, MS from the School of Automation, Indian Institute of Science, and Ph.D. in Computer Science from the Pennsylvania State University.